Despite the extreme cold in China’s northernmost capital city after the recent snow falls, policemen in Harbin in Heilongjiang province are resolutely manning their posts during the period of novel coronavirus prevention and control.

"The snowfall and cold weather in Harbin will not hinder the police in their duty at Harbin West Railway Station,” said Liu Xiaofeng, captain of the sixth police patrolling team at the railway station.

“Passengers who enter Harbin from the railway station are being accurately diverted and transferred," Liu added.

The patrol team is responsible for the diversion and transfer of passengers heading to the downtown of Harbin city and its nine counties and county-level cities, in a bid to reduce cross-gathering of passengers and the risk of spreading the epidemic.

Just as with Harbin West Railway Station, the policemen patrolling Harbin Railway Station are implementing a 24-hour on duty mode. They have been there to receive the 50 or so inbound trains streaming in every day.

In addition to policemen at the railway stations, more man checkpoints of highways and roads, to help inbound drivers submit entrance information and interpret the relevant policies and traffic requirements for drivers who want to enter Harbin.

In the wake of the recent snow, the city’s  temperatures are about 10C during the day and much colder at night.

However, that bracing weather will not deter the policemen working in first line from doing their duty, officials said.

A policeman stands by at the Harbin East highway exit on Feb 21. [Photo/chinadaily.com.cn] 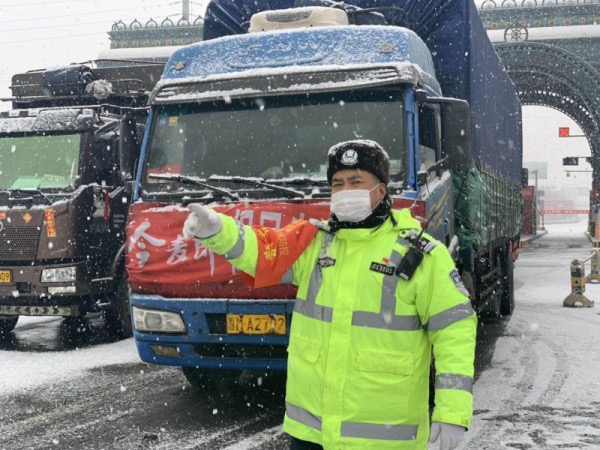 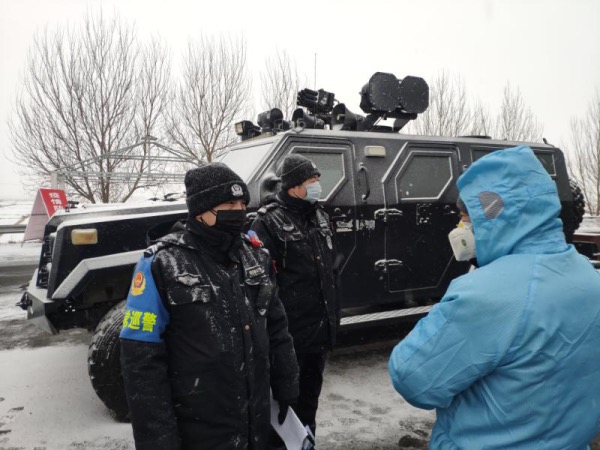