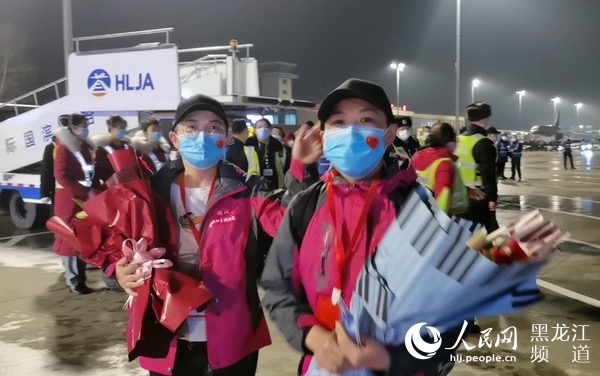 The medical team, led by Xie Yunlong -- an official at the Heilongjiang Provincial Health Commission -- comprised one liaison, as well as 20 doctors and 80 nurses skilled in hospital infection management, respiratory illness, critical care and emergency procedures.

The medical team departed from Harbin on Feb 15 and joined Zhuankou Fangcang Hospital in Wuhan on the evening of Feb 17 to carry out treatment. As of 11:00 hrs on March 8, the medical team had worked a total of 63 rounds of shifts and cured a total of 184 confirmed cases.

Officials added that they would not take a well-earned rest before returning to work. 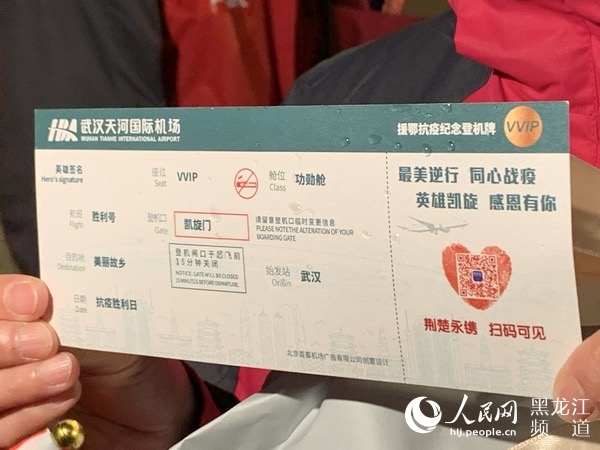 A Heilongjiang medical worker shows off a boarding pass especially designed by Wuhan airport staff to show their gratitude to the medical rescue teams. [Photo/people.cn] 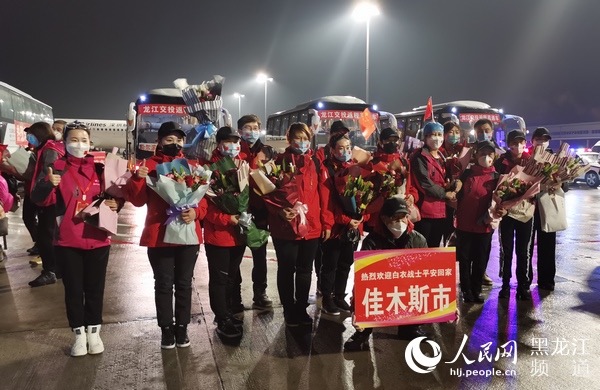 Medical workers from Jiamusi city in Heilongjiang pose for a group photo at Harbin Taiping International Airport on March 19. [Photo/people.cn] 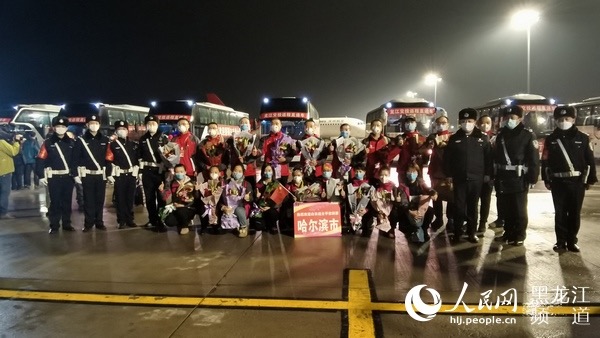 Medical workers from Harbin city in Heilongjiang pose for a group photo at Harbin Taiping International Airport on March 19. [Photo/people.cn]