The public health emergency response level to the novel coronavirus pneumonia in China’s northernmost Heilongjiang province was downgraded from level 2 – the second highest level –  to level 3 starting at 18:00 on March 25.

That’s according to a statement released by Wang Dawei, deputy secretary general of the Heilongjiang Provincial People’s Government, at the 37th press conference led by the Heilongjiang Novel Coronavirus Pneumonia Prevention and Control Command Department.

Wang said the adjustment was made after a comprehensive assessment of the current epidemic situation, based on the Guiding Opinions on Scientific Prevention and Control of Novel Coronavirus Pneumonia issued by the State Council, China’s Cabinet.

Officials said there are still three confirmed cases in the province, of which two are imported cases and one is a local case. All 125 counties in Heilongjiang have now been classified as low virus risk areas.

Currently, 3,393 of the province’s 3,501 industrial enterprises above a designated size – those with annual revenue of 20 million yuan ($2.8 million) or more – have resumed work and production, with a return rate of 96.9 percent.

Officials said the return rate of individual industrial and commercial businesses in the province had reached 77.70 percent.

Zero virus cases have been reported after the resumption of work and production. Following the virus emergency response level adjustment, Heilongjiang will continue to carry out virus zoning and precise prevention and controls, as well as speed up the return to normal operations in all walks of life, officials said. 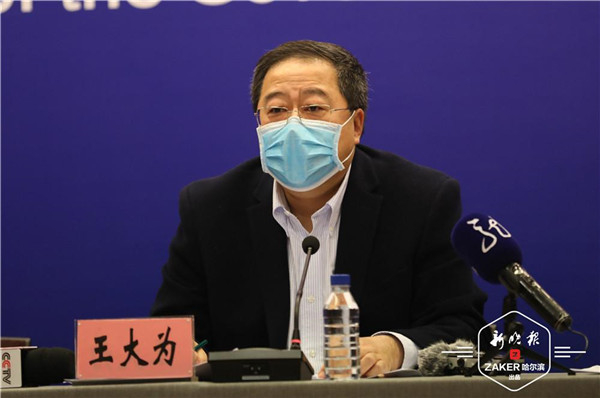 In addition to strict virus prevention and control measures, officials said that Heilongjiang is committed to optimizing the business environment, striving to strengthen the confidence of market players and promoting the full resumption of production and day-to-day living order at an early date.

Government departments at all levels are being requested to implement various policies for helping enterprises, establish and improve special assistance mechanisms, and to help businesses overcome difficulties and resume production capacity as soon as possible.

Officials said that for the movement of people and goods between low-risk areas, no further obstacles shall be set up and no quarantine measures shall be taken for people.

Meanwhile, medical facilities shall resume consultations and treat patients as soon as possible, open emergency services around the clock, continue to increase the number of open beds and speed up scheduling surgeries. They shall prioritize the medical needs of critically ill patients and special groups.

To prevent crowds gathering, hospitals are encouraged to conduct grading diagnoses, online diagnoses and the use of telemedicine.

Additionally, all the universities in Heilongjiang are required to make a detailed implementation plan for the resumption of school and a work plan for epidemic prevention and control.