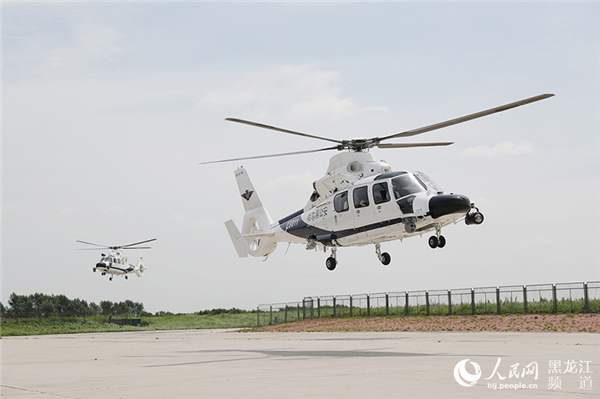 The two new police helicopters supplied to the Harbin public security bureau are the model AC312E, developed by AVIC Hafei in Harbin.

Local officials said it is a light dual-engine multi-purpose helicopter with a range of up to 650 kilometers -- and is one of the most advanced police models in China that is particularly suitable for performing missions in extreme cold weather in the northern areas. 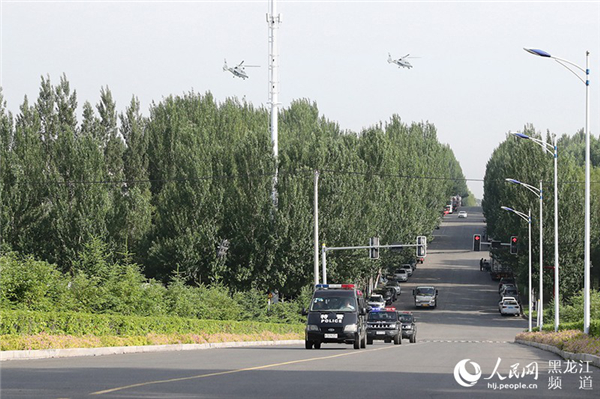 New police helicopters go on patrol over Harbin on June 22. [Photo/people.cn]
Officials said they will be used to help public security agencies fight crime, respond to major emergencies and respond to emergency rescues.
They said the helicopters will play a vital role in improving public security prevention and control in Harbin. Policemen gather for a debriefing after their first patrol over Harbin on June 22. [Photo/people.cn]