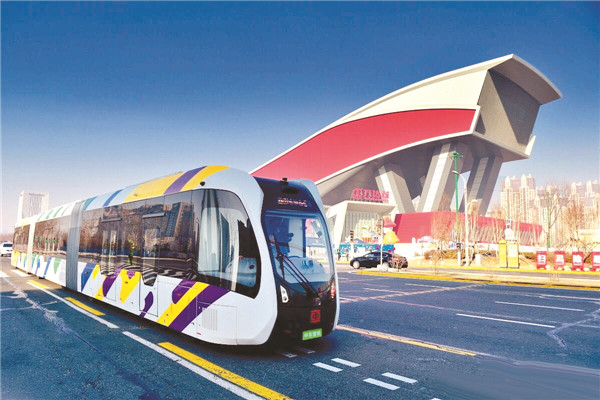 An artist’s impression of line 1 of the Autonomous Rail Rapid Transit system in Harbin [Photo/MY399.COM]

Harbin New Zone in Harbin -- capital of China’s northernmost Heilongjiang province -- recently got the green light to construct a new, cutting-edge public transport network that does not use rails, called an Autonomous Rail Rapid Transit, or ART system, according to local officials.

Line 1 of the ART system that will be built first will be around 18.9 kilometers long, with a total of 13 stations set up along the line.

The terminals for the line are Baoneng City and Fusong Guanjiang Guoji. The route will be laid along Shimao Avenue and Zhongyuan Avenue.

The ART system was developed and launched by China's CRRC Zhuzhou Electric Locomotive Institute in 2017. 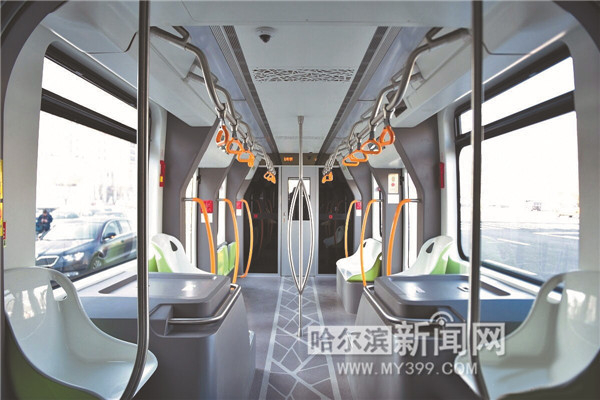 An inside view of an Autonomous Rail Rapid Transit vehicle [Photo/MY399.COM]

The multi-carriage, electricity-powered unit is equipped with sensors that can read the dimensions of a road, enabling it to automatically plan its own route instead of running along conventional rail tracks.

With a maximum speed of 70 kilometers per hour, the ART urban transport system is said to be agile, cheap and non-polluting.

Enjoying the advantages of both rail and bus transit systems, it is described as a cross between a bus, train and tram.

Officials said that it can effectively solve the shortcomings of the small passenger volume of ordinary buses and greatly improve the city’s transportation capacity.