Harbin – capital city of China’s northernmost Heilongjiang province – has been voted as one of the top 10 most popular summer tourism destinations in the country, according to a survey based on an evaluation index for city tourism and summer vacations, launched by a big data platform operated by Xinhua News Agency.

The evaluation process focused on the needs of tourists and established a system of more than 20 indicators to identify the comprehensive attractiveness of the cities.

Officials said the big data analysis platform showed that in addition to the preferred factors of geography and climate, online tourist feedback and the city’s distinctive cuisine were the other main considerations.

The report found that Harbin is a popular destination due to its pleasant summer temperature, plentiful tourist attractions and delicious local food. 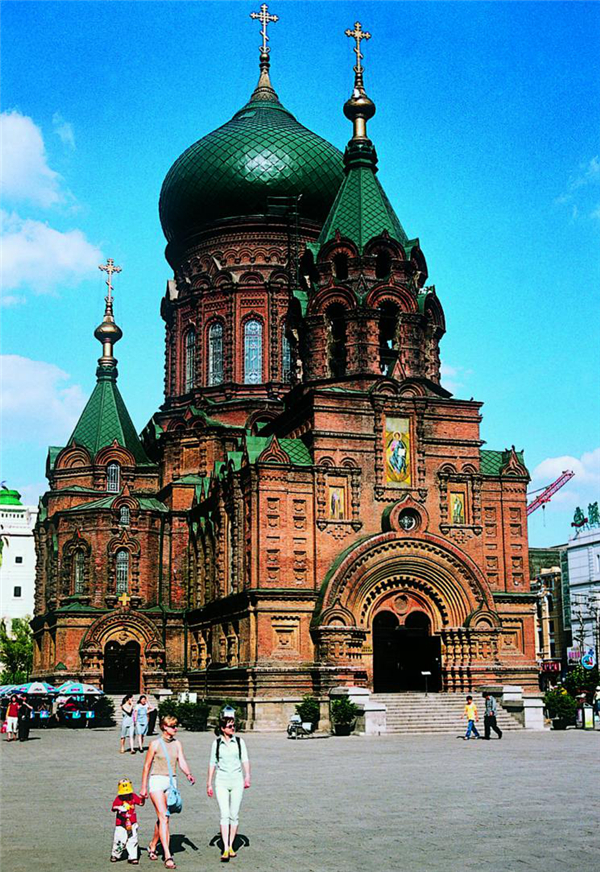 St. Sophia Church, the best-preserved example of Byzantine architecture in China  [Photo/chinaculture.org]
Located in Heilongjiang –a province which borders Russia – Harbin is known for its distinctive architecture which reflects European and Russian influences. It lies on the same latitude as Canada’s Montreal, with its summer temperatures usually ranging from 19 C-23 C, providing a pleasant climate for tourists wanting to avoid the summer heat in China.

Meanwhile, Harbin possesses a strong and exotic flavor, combining both the history and the eastern and western cultures of its northern ethnic groups, which have helped Harbin earn it the nicknames of the “Ice City,” the “Eastern Moscow” and “Eastern Paris.”