The whale head-shaped building in Polar Park is topped on the morning of Aug 30. [Photo provided to chinadaily.com.cn]

The main building of Polar Park, the second phase of Harbin Polarland, was officially topped on the morning of Aug 30, according to China Daily.

The Polar Park project’s primary structure has been designed to resemble the head of a white whale.

The building designer stated that, when viewed from above, the new building and existing shell-shaped building at Harbin Polarland appear like a giant white whale cruising on the surface of the Arctic Ocean.

At present, the Polar Park project's civil construction is mostly completed, and the development is now undergoing indoor and outdoor landscape construction. 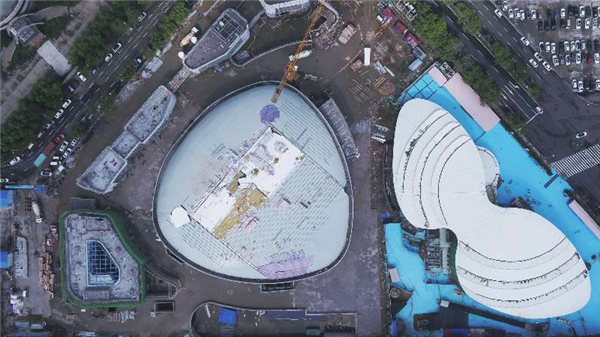 An aerial view of the under-construction whale head-shaped building in Polar Park. [Photo provided to chinadaily.com.cn]
Supporting equipment has entered the site, and pipeline laying and installation are happening simultaneously.

Harbin Polarland is the world's first performing polar animal park and one of the three foremost attractions of Harbin International Ice and Snow Festival.

In 2009, the attraction was named a national 4A-level tourism scenic spot and voted an Outstanding Global Attraction by the world's largest travel website, TripAdvisor.

In addition to its fixed attractions, there are seven themed performances at the facility, including shows with beluga whales, sea lions, walruses, polar bears and penguins. 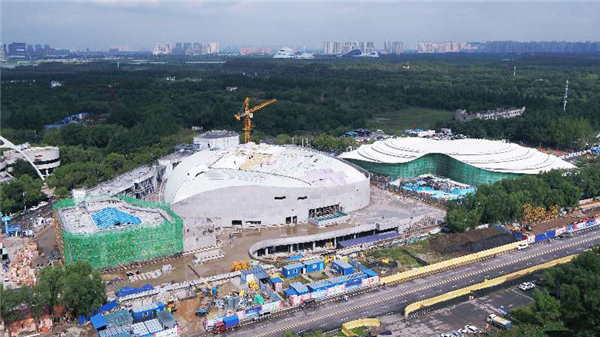 The construction site of the whale head-shaped building in Polar Park. [Photo provided to chinadaily.com.cn]