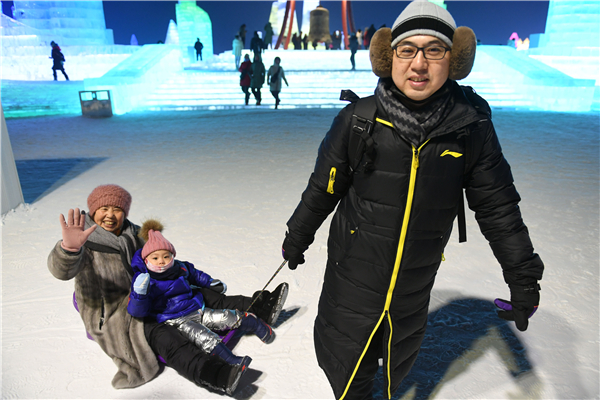 Tourists enjoy the ice and snow at Harbin Ice and Snow World on Jan 5, 2020. [Photo by Liu Yang/For chinadaily.com.cn]

Harbin, capital city of Northeast China's Heilongjiang province, has started its winter tourism season with the coming of winter, local government officials said at a news conference on Sunday.

Themed "Harbin - the Pearl on the Crown of Ice and Snow", the tourism season will run till April, overlapping some of China's traditional holidays," said Li Geng, deputy director of the city's culture and tourism bureau. "As a major event for the "Ice City" of Harbin to welcome tourists, a series of activities will be held during the period, covering tourism, culture, art, fashion, sports and trade."

In past years, Harbin has held first place among the most popular winter tourism destinations, according to the China Tourism Academy.

This winter, the city will launch preferential policies for tourists who travel to Harbin. The local government will distribute a total of 48 million yuan ($7.26 million) in consumption subsidies to attract more tourists to Harbin.

Some tourism hot spots, such as Harbin Ice and Snow World, will offer discounted tickets of 100 yuan, about one-third of the price last year. 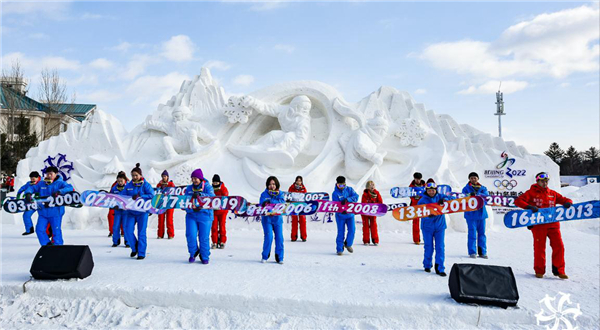 Ski enthusiasts celebrate the opening of the Yabuli Skiing Festival at Yabuli Ski Resort in December 2019. [Photo provided to chinadaily.com.cn]

Tourists can get consumption subsidies, valued at a total 48 million yuan ($7.26 million), via several online travel portals, including Xiecheng and Fliggy.

"Furthermore, we will continue to strengthen the supervision of the tourism market, creating a comfortable, safe choice for a winter tourism destination for tourists," Li added.

"It is expected the climax of the tourism season will be the opening ceremony of the 37th Harbin International Ice and Snow Festival on Jan 5, 2021," she said. "Various representations combining snow and ice culture and art will show the city's unique charm to the whole world." 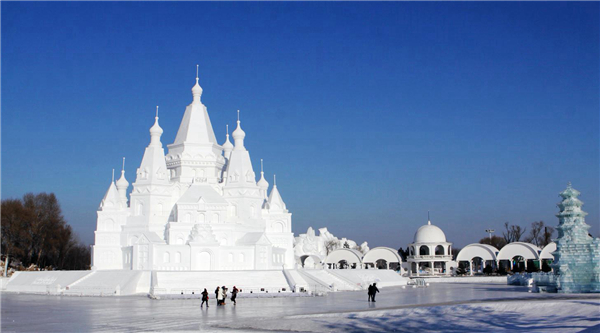