Construction of Harbin Ice and Snow World officially started on Dec 7, and the attraction is scheduled to open to the public in mid-December after a half-month construction period.

The 22nd Harbin Ice and Snow World has a theme of the "integration of ice and snow, go together with joy."

Cultural elements and classic architecture from China, Mongolia and 17 Central and Eastern European countries will be included among the park’s structures, highlighting Yekaterinburg and Moscow Station in Russia, Viru Gates in Estonia Gate, St. Peter's Church in Latvia and Athens Theater in Greece. 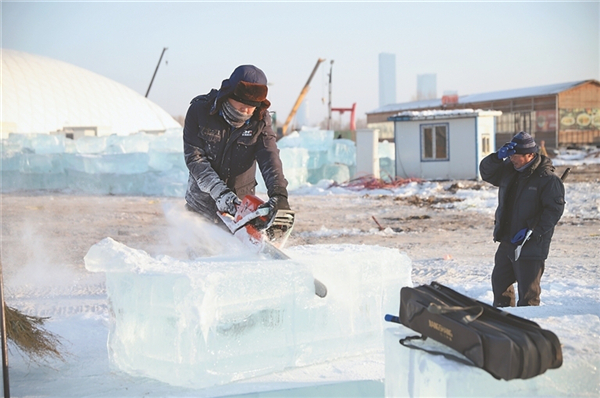 The main ice building in the park is called “the Heart of Ice City.” It will stand 40 meters tall and be illuminated by colorful lights.

Meanwhile, this year, Harbin Ice and Snow World will offer a discounted ticket price of 100 yuan ($15) per person, down from 290 yuan last year.