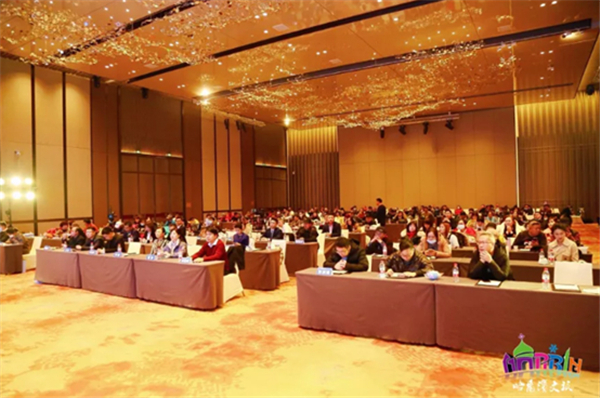 A Harbin tourism promotion meeting is held in Xi'an city on Dec 9. [Photo provided to Xinhua]
Activities promoting the culture and tourism of Harbin, the capital city of China's northernmost Heilongjiang province, were held in Xi'an in Northwest China's Shaanxi province on Dec 9.

The event attracted the participation of around 240 Xi'an-based tourism enterprises and witnessed the signing of several cooperation deals to boost the two cities’ tourism markets.

In recent years, Harbin is rising in popularity as a travel destination for tourists from home and abroad.

The images that generally come to mind when discussing travel to Harbin must be the gorgeous ice and snow sculptures and rich winter entertainment options during its annual Harbin International Ice and Snow Festival. The event has become one of the world's four largest ice and snow festivals, along with the Sapporo Snow Festival in Japan, the Quebec Winter Carnival in Canada and Norway's Ski Festival.

But there are plenty of more reasons to want to visit the northern city: Russian-style architecture, multicultural delicacies, splendid wetlands, mountain and river scenery, well-preserved cultural relics, and Siberian tigers ensure that Harbin is a world-class destination.