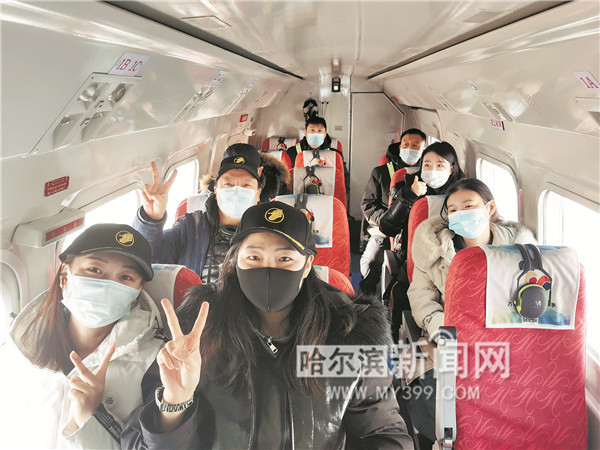 A flight carrying seven passengers is ready to take off on Dec 22 from the newly opened Harbin Pingfang airport to Yichun city. [Photo/MY399.COM]

In addition to the facilities required by civil aviation, the newly opened airport’s terminal building has a range of amenities to provide passengers with a comfortable waiting environment and travel experience, including coffee shops and Wi-Fi entertainment.

On opening day, a flight route connecting Harbin to Yichun city in Heilongjiang saw its maiden flight, making it the first flight to depart from the airport. 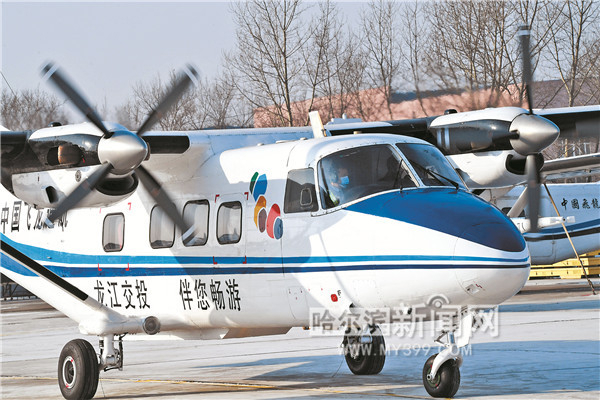 A Y-12 plane is operating the recently launched Harbin-Yichun flight route. [Photo/MY399.COM]
The new route has shortened the 350-kilometer train journey from Harbin to Yichun from eight hours to less than one and a half hours.

The Y-12 series aircraft has excellent performance, maneuverability and flexibility. It can take off and land at high-temperature plateau airports and soil runways. The aircraft’s tail wing deicing device enables it to fly in icy conditions.