Retail spending rebounds in Harbin during May Day holiday 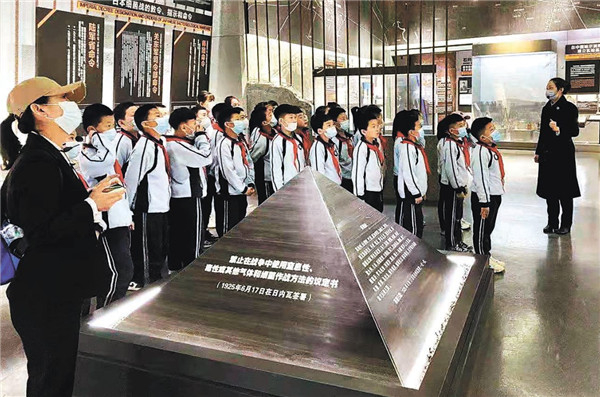 Students pay a visit to the Museum of Evidence of War Crimes by Japanese Army Unit 731, in Harbin during the May Day holiday. [Photo/MY399.COM]

Retail spending during the recent May Day holiday rebounded in Harbin – capital city of Northeast China's Heilongjiang province – according to the latest statistics.

Over the May 1-5 break – in line with the nationwide shopping promotion – the city's consumer goods market reportedly had a vigorous and dynamic disposition, with a sufficient supply of goods, stable prices and strong sales growth.

Business promotions focused on services such as catering, culture, entertainment and tourism, as well as emerging hot spots including the digital economy, health and information.

Statistics showed that the total sales of 22 wholesale, retail, accommodation and catering enterprises hit 319.77 million yuan ($47.98 million) during the break, showing a year-on-year increase of 30 percent.

Meanwhile, during the period Harbin's tourism market reportedly recovered rapidly. The occupancy rates and attendance rates of its major hotels and restaurants increased significantly, while their revenue also gained appreciably.

A survey of 10 accommodation and catering companies in Harbin showed that their five-day turnover increased by 272 percent compared with the same period last year.