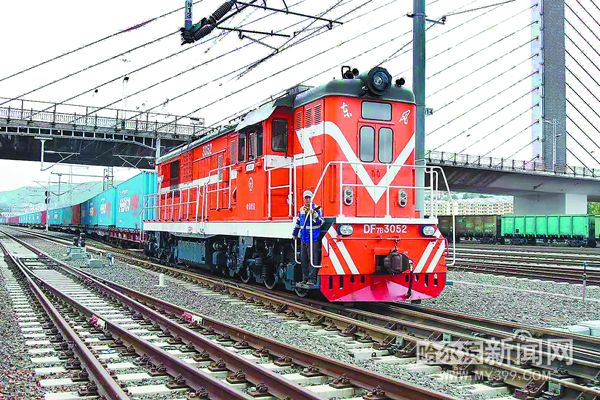 Since May of this year, the number of China-Europe trains entering and leaving the country through Manzhouli port began to increase, with an average of 12.5 trains per day, a record high since the port’s opening.

Suifenhe port, Heilongjiang province’s largest railway port opening up to Russia, handled more than 20 return China-Europe freight trains per month for six consecutive months since the beginning of this year.

Especially in June, the number of inbound and outbound freight trains through Suifenhe port was 59, a year-on-year increase of 247 percent. Of the total, 52 were return trips.

These statistics indicate that the number of operating China-Europe freight trains has achieved sustained and steady growth, and that the trains have become a bridge for mutual benefits and win-win cooperation among countries along the freight train routes.