Preparations gear up for Harbin Ice and Snow Carnival 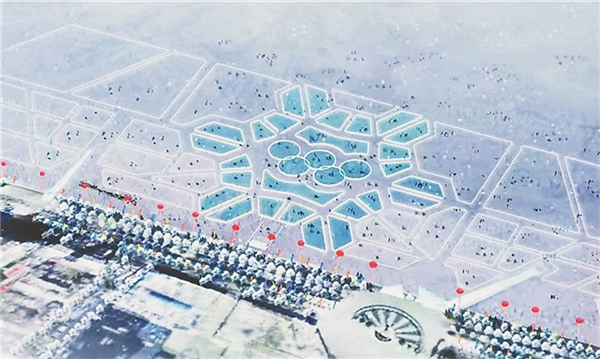 An artist's impression of the ice Olympic rings that will feature at this year's Harbin Songhua River Ice and snow Carnival. [Photo/my399.com]

Expectations and excitement are building and preparations are gearing up for the Harbin Songhua River Ice and Snow Carnival – an important part of the annual China International Ice and Snow Festival – soon to be held in the city of Harbin, capital of China's northernmost Heilongjiang province.

The first group of power cables was laid in the event's grounds on the afternoon of Dec 18, while the snow-making machines were tested and began operating.

The theme of this year's carnival is "happy ice and snow, embrace the Winter Olympics". As such, the carnival is aiming to create the world's largest ice configuration of Olympic rings.

This year, the carnival's star projects include a Stalin creative snow sculpture garden, the Winter Olympics experience area and the leisure and entertainment area.

To boost the public's experience and inspire residents to participate in winter sports, the carnival will also set up curling, ice hockey, ice skating and other winter Olympics sports that people can have a go.

While innovating and upgrading existing entertainment, the ice and snow carnival has brought in new attractions, including a snow four-wheel drive, a snow tank, a snow slide for adults and a snow slide for the kids.