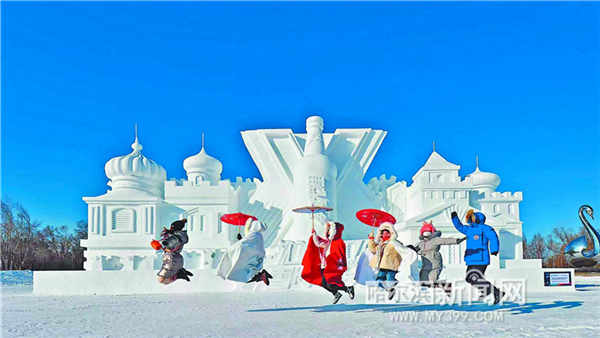 Tourists jump for joy in front of snow sculptures shaped as Harbin's landmark buildings and its beer brand. [Photo/MY399.COM]
Just mention Harbin – capital city of China's northernmost Heilongjiang province – and the images come flooding into most people's minds, including the glorious ice and snow sculptures and rich winter entertainment during the renowned annual Harbin International Ice and Snow Festival. 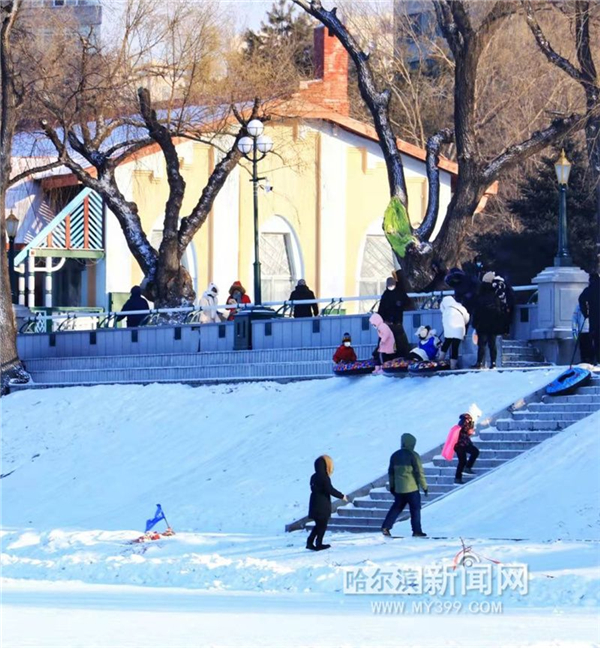 Young locals have a ball, sliding down the banks of the frozen Songhua River in Harbin. [Photo/MY399.COM] 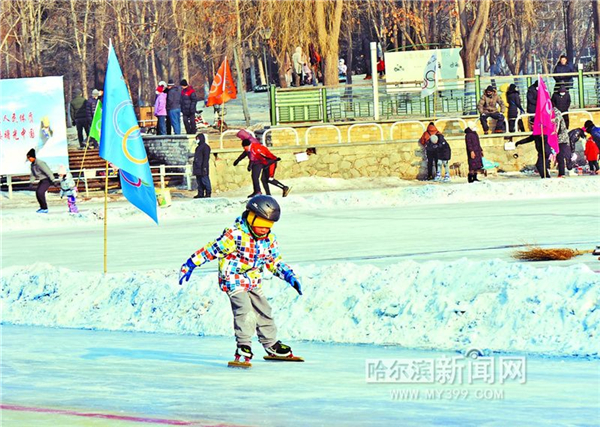 A kid goes for broke, skating on a frozen lake in Harbin. [Photo/MY399.COM] 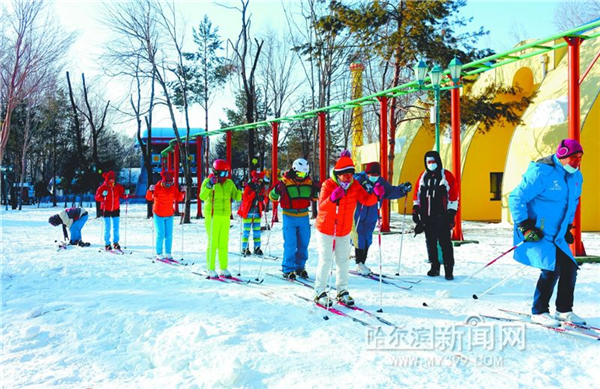 Tourists practice skiing, watched over by a coach in Harbin. [Photo/MY399.COM]
All the fun and frivolity has made it into one of the world's four biggest ice and snow festivals, along with the Sapporo Snow Festival in Japan, the Quebec Winter Carnival in Canada and Norway's Ski Festival.

In the run-up to the official opening of the annual festival – on Jan 5, 2022 – a whole host of winter entertainments have been launched, building up the anticipation and providing tourists with great opportunities to enjoy the winter fun despite the extreme cold. 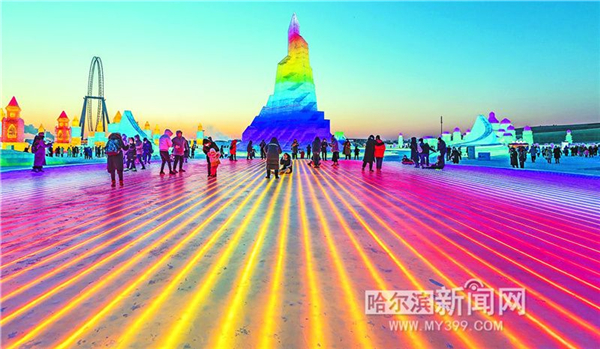 The Harbin Ice and Snow World is illuminated by a kaleidoscope of lights during dusk. [Photo/MY399.COM] 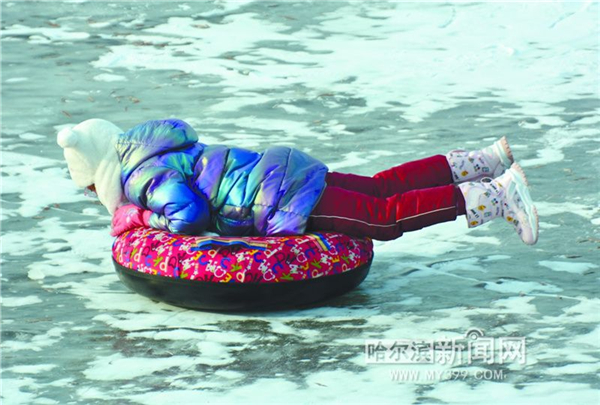 A young tourist has some fun on the frozen Songhua River. [Photo/MY399.COM]