Harbin, the famous ice city of Northeast China's Heilongjiang province, recently welcomed the upcoming Beijing 2022 Olympic Winter Games – which will take place in and around the national capital on Feb 4-20 -- with its own ice and snow culture events and passion.

"The Beijing 2022 Olympic Winter Games have ignited more and more people's interest and their love of skiing," noted one staff member of the Yabuli Ski Resort. Some of the enthusiasts there are reportedly as young as four, while the oldest skier is 75 years old.

During the winter, hundreds of people hit the slopes every day at the indoor ski resort at Sunac Snow World in Harbin. The facility maintains a constant temperature of minus 5 degrees Celsius all year round and there are eight ski tracks there with different gradient slopes, with the highest vertical drop set at 80 meters. 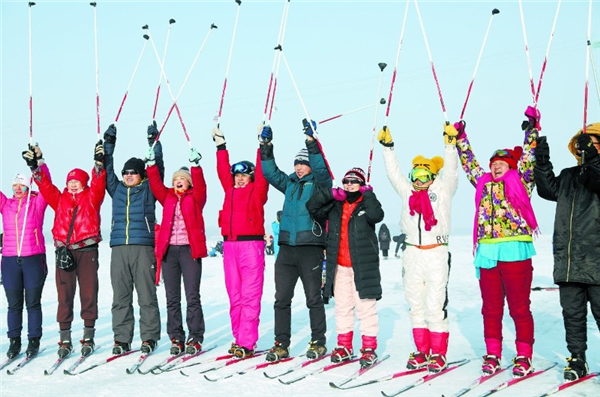 Skiers cheer for the Beijing 2022 Olympic Winter Games, on the frozen river in Harbin on Jan 23. [Photo/my399.com]

The Harbin Ice Lantern Festival, founded in 1963, is regarded as being the birthplace of ice lantern art in China. Each ice and snow scenic area strives to create an innovative tableau every year, integrating rich elements -- including science and technology, culture, sound and light. 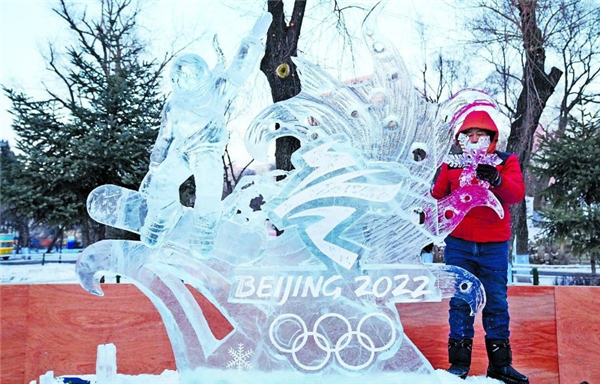 To express his best wishes for the Beijing 2022 Olympic Winter Games, an ice sculptor creates an ice sculpture work that features its skiing program, at the park for the Ice Lantern Festival in Harbin on Jan 7. [Photo/my399.com]

It is understood to have promoted the high-quality development of the ice and snow equipment manufacturing industry.