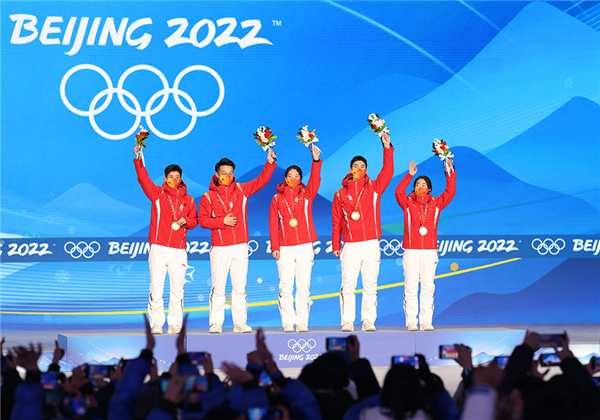 The Chinese quartet of Fan Kexin, Qu Chunyu, Ren Ziwei and Wu Dajing, timed in two minutes and 37.348 seconds to win the event which debuted at the Games. Italy took the silver and Hungary bagged the bronze.

Among the Chinese quartet, Ren Ziwei and Zhang Yuting are both athletes from Harbin, capital of Northeast China's Heilongjiang province.

According to the rules, each team is made up of two men and two women, and each of four skaters covers four and a half laps in a 2,000-meter race.

Earlier, Wu and Ren both stood out as group leaders to qualify for the men's 1,000m quarterfinals.

The Liu brothers - Shaoang and Shaolin Sandor from Hungary, who won the gold in the men's 5,000m relay four years ago, both topped their heats to advance to the next round.

Olympic silver medalist Fan held her solid lead from the beginning and topped the women's 500m heat to qualify for the quarterfinals. Her teammates Zhang Yuting and Qu Chunyu also advanced.

Also on Saturday, Olympic records were lowered in both women's 500m and men's 1,000m heats. Reigning Olympic champion Suzanne Schulting of the Netherlands renewed the mark to 42.379 seconds in the women's race, while Hwang Dae-heon of South Korea lowered the men's record, set by Canadian legend Charles Hamelin in 2018, in one minute and 23.042 seconds. 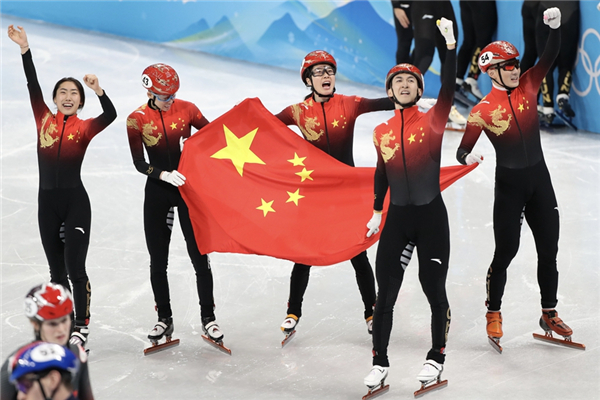