Doctor-referee helps athletes in more ways than one

Stomatologist studied hard for the Winter Olympics, honored by appointment. Liu Xin arrived in Zhangjiakou's Chongli district in Hebei province on Jan 21 to begin his job as a referee at the Beijing 2022 Winter Olympic Games.

The 39-year-old stomatologista specialist in oral medicine-from the First Affiliated Hospital of Harbin Medical University in Heilongjiang province, was appointed chief referee for the starting lines of the slopestyle freestyle skiing and half-pipe freestyle skiing events.

"For the past 14 years, I have refereed in different skiing competitions, including some important international events," he said. "However, I still felt nervous and excited when I got the official invitation on Jan 6 to participate in the Winter Olympics from the General Administration of Sport of China. I'm also proud of taking part in the event in our country."

Liu began learning Chinese martial arts at the age of 6 to strengthen his body. He was athletic.

"I was delighted to discover that there was a martial arts association at Harbin Medical University after I was admitted in 2001," he said.

"I joined and kept training during my five years at the university."

In 2006, Liu volunteered to help with an international college skiing competition at Yabuli ski resort in Heilongjiang, where he had his first taste of skiing.

"Standing at the starting line of the international skiing competition for the first time, I was instantly captivated by the track, which was over 1,000 meters above sea level," he said.

After the competition, he began to learn to ski and was able to quickly master the sport due to his years of practicing martial arts.

"Every time I saw professional athletes executing one difficult movement or another, I got excited," he said. 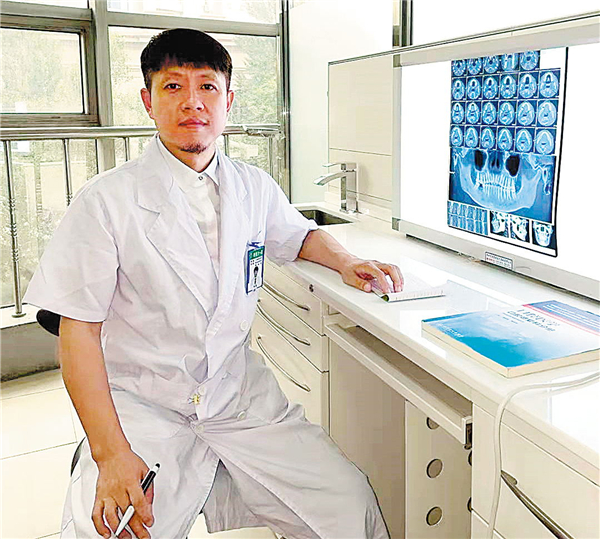 "Some of the movements in freestyle skiing are similar to those of martial arts, like swiveling, jumping and churning, so I also tried to practice them when I skied."

"At different international competitions, I had opportunities to talk to foreign athletes and referees, which helped me improve my understanding of freestyle skiing and English," he said.

In freestyle skiing, athletes often suffer injuries due to the sport's risky nature.

At one international freestyle skiing competition in 2015, an Austrian athlete dislocated his lower jaw when his knees hit his head during training.

"I rushed over to him and discovered that he couldn't speak," Liu said. "We were a long way from the medical team, so I became a stomatologist again."

He told him in English that he was a doctor and could help. "He nodded to show that he wanted my help."

After returning the jaw to the correct position, Liu won applause from people around them.

"It is inevitable people will suffer injuries while skiing," he said. "It is the nature of a doctor to help the injured as much as they can."

Around a year ago, when the General Administration of Sport of China began to recruit referees for the Winter Olympics, Liu immediately signed up.

"Every day I spent several hours of my spare time preparing for the event, including learning the Olympic rules, broadening my ski knowledge and practicing technical skiing terms in English," he said. "To become more familiar with athletes' movements, I watched videos again and again. During the past year, I've taken several online training courses and exams, and finally got the chance to referee."

Freestyle skiing is a "huge test" for both athletes and umpires, he said.

"I will try my best to do my job well because it is a great honor for me to participate in the event as a doctor from Heilongjiang," he said.