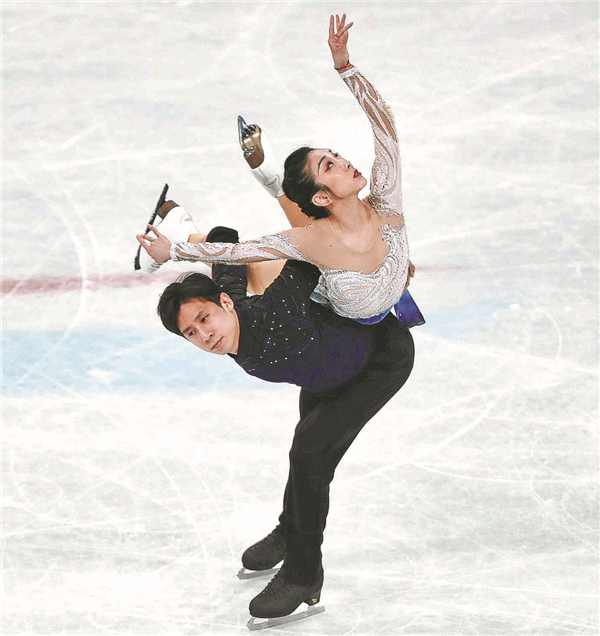 China's figure skaters Sui Wenjing and Han Cong claimed the Olympic pairs title at the Beijing 2022 Winter Olympics on Feb 19 with a stylish free skate routine that earned them 155.47 points and set a new world record of 239.88 points.

China's only previous Olympic gold in the sport was won by Sui and Han's coach, Zhao Hongbo, and his partner, Shen Xue, at the 2010 Vancouver Games.

The victory brought the number of Chinese figure skating medals at the Winter Olympics to two golds, three silvers and four bronzes.

The Harbin Figure Skating Team was established in 1954. It originally had training programs for men's and women's single skating, while a pair skating program was added later.

Over the course of 68 years, more than 200 outstanding athletes, six national coaches and 30 senior coaches have been trained through the Harbin team.

The trained athletes have represented the country in the world and intercontinental competitions, winning many prestigious medals, and made a historic breakthrough at the Olympics.