The Beijing 2022 Winter Olympics, which took place in and around the national capital from Feb 4, ended on Feb 20 and athletes from Harbin – capital of Heilongjiang, China's northernmost province – took home three gold medals and a bronze medal.

A total of 176 athletes in the Chinese delegation participated in the Games, of whom 41 from Harbin were said to be the main driving force. 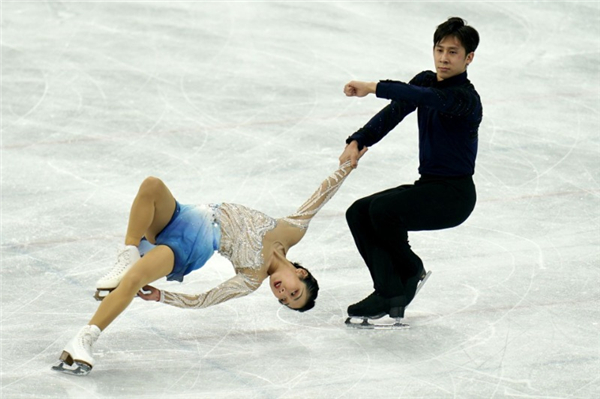 Sui Wenjing and Han Cong from Harbin dazzle in a performance on Feb 19. [Photo/my399.com]

The Harbin municipal government is said to have long attached great importance to winter sports and has issued a government work proclamation for the city to build itself up as an "international capital of ice and snow sports events".

For the people of Harbin, winter sports are now said to have permeated every aspect of their lives.