A carnival park made entirely out of ice and snow on the frozen Songhua River in Harbin, in China’s northernmost Heilongjiang province, started trial operations on Dec 25, according to the organizers.

It is the main host site of the 2020 Harbin Songhua River Ice and Snow Carnival.

The park is a public benefit project sponsored by the government of Daoli district and is being organized by Harbin Modern Group Co, to promote winter tourism in the northern city.

It occupies an area of 11 million square meters and features four different areas for ice and snow sightseeing, as well as entertainment activities such as skating, ice hockey, ice slides and snow mobiles.

Around 20,000 cubic meters of ice and 150,000 cu m of snow were cut and delivered to the park during its construction.

This year is the second time Harbin has constructed such a carnival park.

The first operating park of its kind was voted most popular travel destination in the Northeast China region, during last year’s Chinese Spring Festival holidays.

During the carnival, improved services including sightseeing cars, cold shelters and medical service are being offered to tourists. 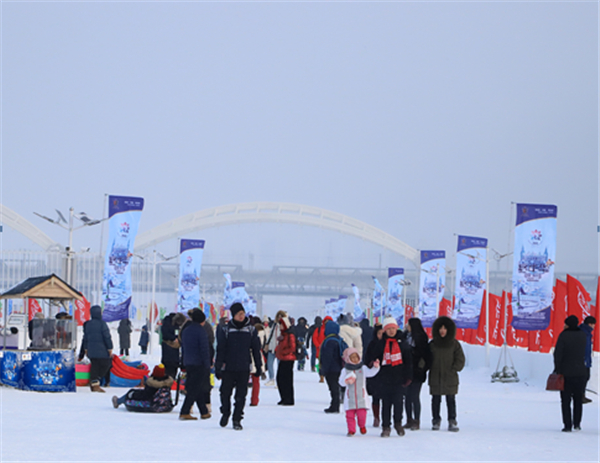 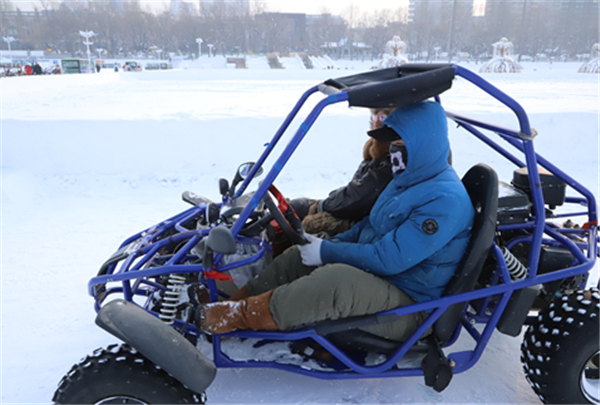 Tourists try out a snow mobile at the frozen Songhua River carnival park on Dec 25. [Photo/Xinhua] Tourists take part in one of the winter activities prepared at a carnival park on the frozen Songhua River on Dec 25. [Photo/Xinhua]