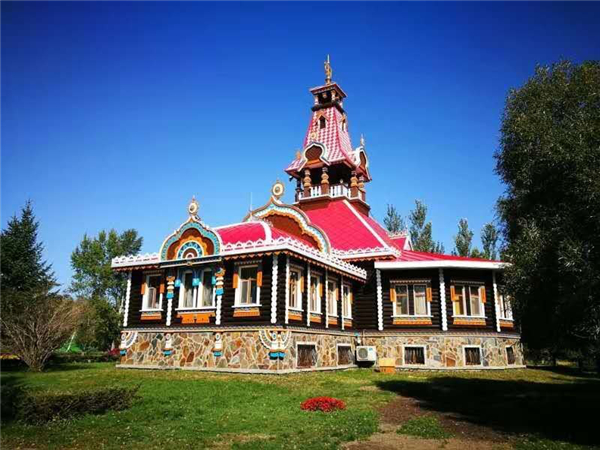 A colorful Russian-style house sits in the theme park. [Photo provided to chinadaily.com.cn]

The upgraded theme park Volga Manor in Harbin -- in China’s northernmost Heilongjiang province -- will reopen to the public on June 1, after a four-month suspension due to the outbreak of the novel coronavirus.

The popular theme park – located 16 kilometers from Harbin city, covering an area of 60,000 square meters – has a strong Russian influence. Named after the Volga, one of the best known rivers in Russia, the park features Russian architecture, arts and cuisine.

Park officials said that based on the historical culture of Harbin, the manor has a replica of Saint Nicolas Church and a Russian restaurant. It has also constructed over 20 classic buildings representing Russian-style architecture, forming a unique building cluster featuring Russian cultural elements. 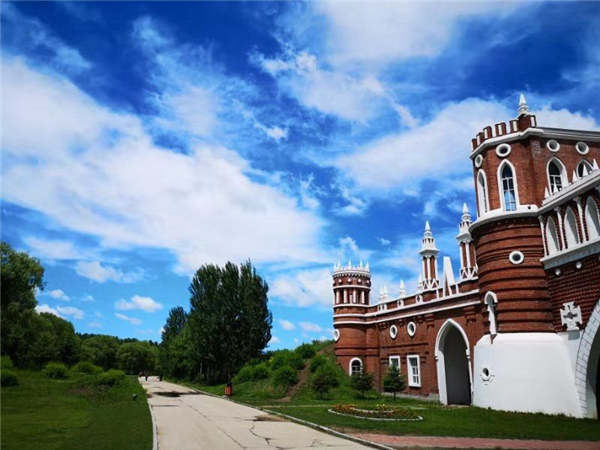 During the four-month suspension, the manor built Volga Road connecting the manor to the Huangjia Waizi Road, repainted Saint Nicolas Church, adjusted the planting of trees and carried out interior and exterior decoration of its Minya Gyul Restaurant, Vodka Castle, Martha Merchandise Store and Petrov Palace.

In addition, a new building to display Russia’s blacksmith craft has been built. It enables tourists to learn about the humorous and interesting aspects of Russian life, get an idea about the trade and make an iron commemorative coin by themselves.

More facilities such as the Pushkin Fairy Tale Square, a new visitor center and a Sino-Russian Friendship Exhibition Hall will be built in the future.

From May 25 to 30, tourists can book tickets to the manor through online travel service platforms including Xiecheng Travel, Meituan and Qunar.com. 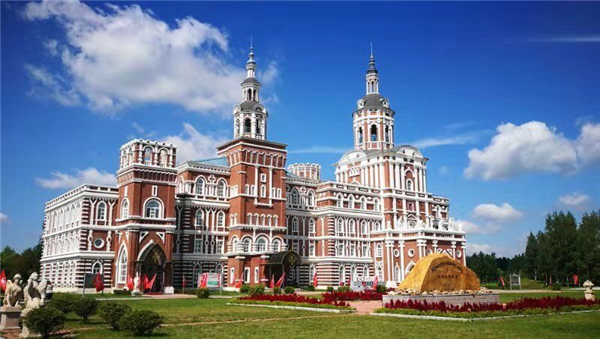 A grand Russian-style face is sure to impress visitors to Harbin Volga Manor. [Photo provided to chinadaily.com.cn]