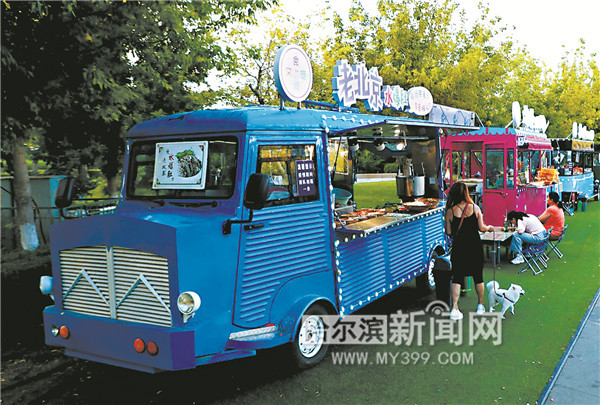 A night market offering rich varieties of local snacks and an exciting and convivial dining environment opened in Hongbo Central Park in the Nangang district of Harbin – capital city of China’s northernmost Heilongjiang province – on Aug 9, according to local officials.

Dozens of outdoor dining vehicles positioned themselves in a circle, to provide more than 130 snacks made by 54 popular gourmet shops.

Officials said that compared with Harbin’s traditional night markets, the newly opened market does not have the often pungent smell of fried and grilled food hanging in the air, due to the kitchen waste treatment system and the independent oil fume purification system equipped in the food vehicles.

In addition, the artificial lawns laid on the ground provide visitors with a pleasant dining environment. 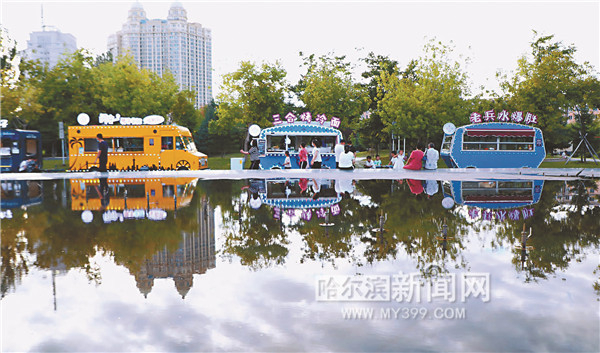