An artist’s impression of Harbin Ice and Snow World [Photo/MY399.COM]

According to information from a recent executive meeting of Harbin’s municipal government, Harbin, the capital city of China’s northernmost Heilongjiang province, will start its annual ice and snow tourism season in November.

This year’s ice and snow season will last six months until April next year.

Activities during the six-month period will include ice and snow sightseeing, as well as ice and snow-related culture, art, fashion, sports and trade events. 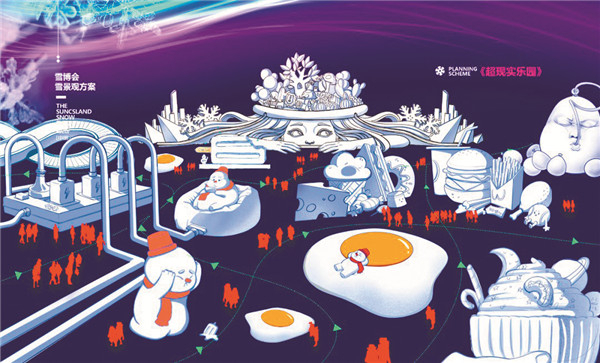 Of particular note, officials stated that the 37th Harbin International Ice and Snow Festival would launch on Jan 5. A series of activities such as symphony performances and the 2021 China Ice and Snow Tourism Development Forum will occur during the festival.

To encourage mass participation in ice and snow sports, the government will build ice venues on the frozen Songhua River in the city’s Daoli, Daowai and Songbei districts. Meanwhile, parks, squares, open fields and school playgrounds in urban areas will be considered as ice venue construction sites to provide convenience for residents.