The 18th Yabuli Skiing Festival kicked off on Nov 20 at the Yabuli Ski Resort, one of China's largest ski resorts, in Harbin, capital city of China’s northernmost Heilongjiang province.

The skiing season at the resort will last 170 days until April.

This year’s skiing festival will feature more convenient facilities, improved skiing and transport services and a richer variety of activities.

Ski resorts in Yabuli have worked together to launch a preferential card, which gives cardholders access to all of Yabuli’s ski resorts.

The first ice- and snow-themed high-speed train in the country was launched on Oct 11 to transport visitors to Yabuli from downtown Harbin.

More free buses running between the high-speed railway stations and the resort area are also set to be opened. Inside view of the ice and snow-themed train carrying tourists from downtown Harbin to Yabuli [Photo/dbw.cn]

In addition to facilities providing convenience for tourists, a food festival, a calligraphy and painting exhibition and a poetry-reading event highlighting local culture and customs will all take place during the festival.

"Paozai", a mascot based on the Siberian roe deer was also launched, with a series of associated products. 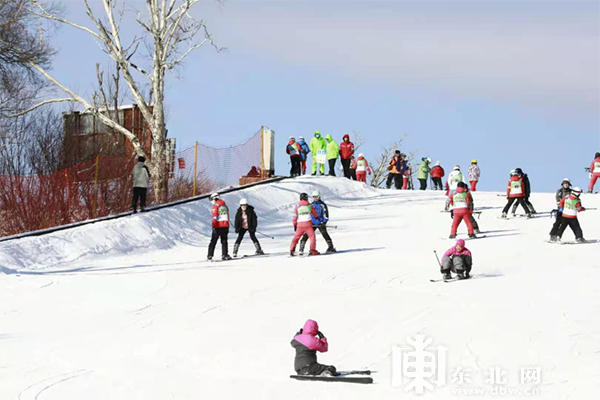