Thanks to the reopening of the Chelyabinsk service it is now possible for passengers to take an onward connecting flight to Moscow, meaning travel times between Moscow and Harbin can be as little as 8 hours and 30 minutes.

The service is being offered to meet the increasing demand for travel between Harbin, Chelyabinsk and Moscow.

The flight is operated by Ural Airlines and a Harbin tour operator, using an Airbus 320 with a passenger capacity of 164 people. It is scheduled to operate every Wednesday.

The flight departs Harbin Taiping International Airport at 3:30 and arrives in Chelyabinsk at 7:00 at local time.

The return flight departs Chelyabinsk at 15:20 and arrives in Harbin at 0:15 the following day.

Harbin is the economic, cultural and political center of Northeast China, and plays an important role in boosting foreign trade between China and Russia. It is connected to 10 cities in Russia by direct international flights.

Chelyabinsk in the Ural region is a popular tourism destination due to its lush forests, mountains, lakes, spring water, and cool climate. 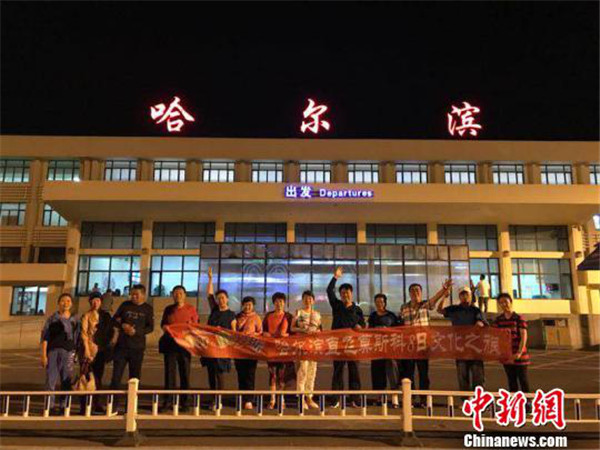 Passengers wait in line to board the Harbin-Chelyabinsk flight at Harbin Taiping International Airport on July 4. [Photo/Chinanews.com]