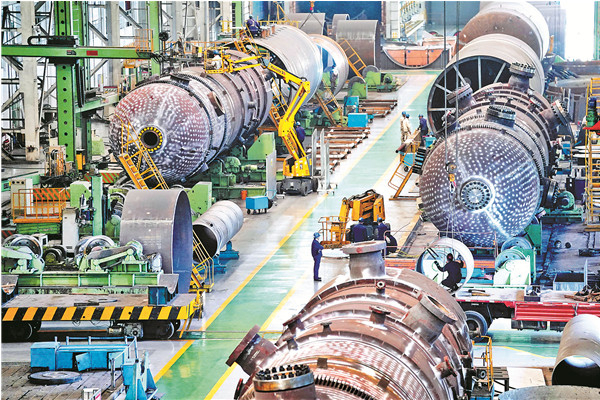 A company spokesman said it was the first Chinese-developed four-nozzle gasifier for surfacing welding of nickel-based alloys.

He said the gasifier marked a new starting point for Harbin Boiler Co, to undertake the design and manufacture of core equipment for ultra-large chemical projects.

In view of the tight production cycle, the company’s process department established a new process of processing the pipe hole bevel with CNC gas cutting, which shortened the manufacturing cycle by about a month, he added.