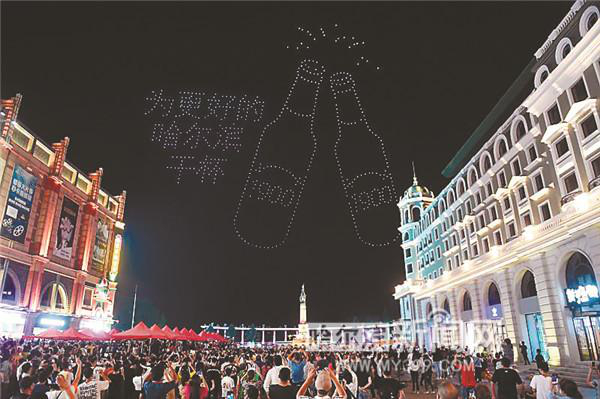 Drones form two beer bottles and the words "cheer for a better Harbin" in Chinese to celebrate the 120th anniversary of Harbin Beer on Aug 23. [Photo/MY399.COM]

Celebration activities to mark the 120th anniversary of the founding of the Harbin Beer brand were held in Harbin, the capital city of China’s northernmost Heilongjiang province, on the evenings of Aug 22 and 23.

At the grand celebration, a total of 800 drones flew over the Flood Control Memorial Tower Square and formed a series of images and Chinese characters in the night sky. The drones displayed Harbin’s city landmarks and unique culture, including two beer bottles and the words "cheer for a better Harbin" in Chinese.

Meanwhile, an old train that showcases the history and culture of Harbin Beer through pictures, texts and objects was exhibited at the square. Microphones recorded the background audio at the event, and the sound waves will be visualized and printed on labels for beer bottles and collected at the Harbin Beer Museum. 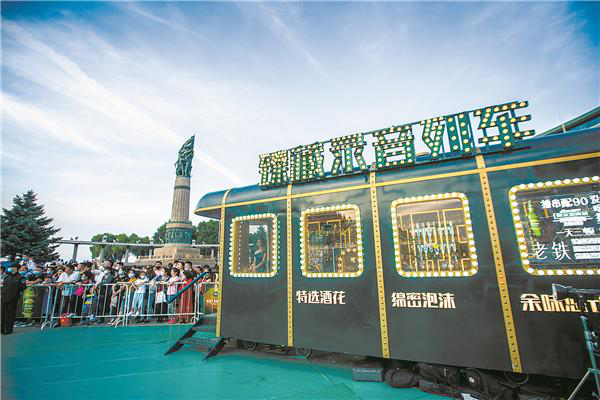 A train showcasing the history and culture of Harbin Beer on display in the Flood Control Memorial Tower [Photo/MY399.COM]
The history of Harbin Beer dates back to 1900 when a Russian entrepreneur named Ulubulevskij established the company, which is now the oldest beer brand in China.

After 120 years of development, Harbin Brewery Group has grown into the fifth-biggest brewery in China, attracting more and more consumers to taste their time-honored and outstanding-quality beer.

At present, the company has 13 breweries around the country. As the earliest beer brand in China, Harbin Beer was rated "China's famous brand product" by the national authority in 2002.

Harbin Beer is sold in more than 30 countries and regions, including the United Kingdom, United States, Russia and Japan. 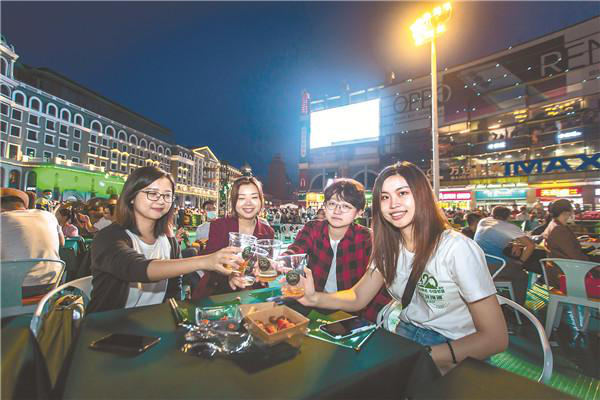