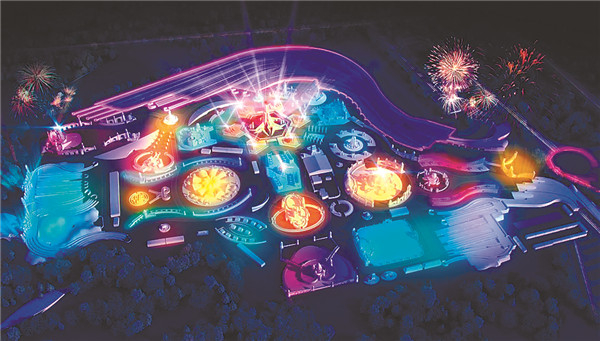 An artist’s impression of Harbin Ice and Snow World [Photo/MY399.COM]

Information from the conference shows that the joint theme of the 22nd Harbin Ice and Snow World and the 33rd Harbin Sun Island Snow Sculpture is the "integration of ice and snow, go together with joy".

The design of the two popular ice and snow sightseeing and entertainment events will feature cultural elements of Harbin city.

Harbin has a history of 57 years of developing its ice and snow culture, highlighting rich winter activities such as grand ice and snow sculpture competitions, ice lantern exhibitions and motorcycles on ice.

Harbin city also possesses a combined flavor of both eastern and western culture, which has helped it obtain the nickname “Eastern Moscow”. 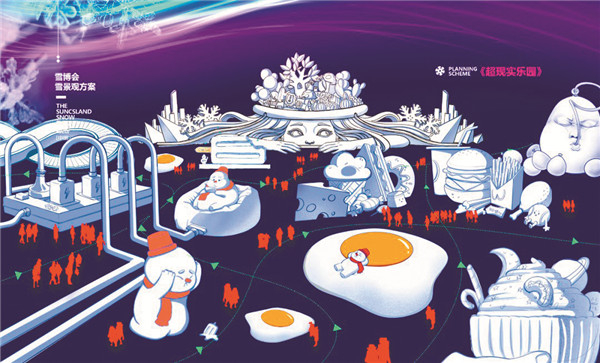 Meanwhile, this year’s design will, for the first time, reflect the important content in the great process of the “Belt and Road”, promoting a spirit of building a community with a shared future for mankind, highlighting openness and tolerance, mutual benefit and win-win cooperation.

Cultural elements from countries and regions along the Belt and Road will be included into the design.